The SA JKA (South African Japan Karate Association) has had a logo for many years. It was based on a concept developed by Masatoshi Nakayama, a dynamic Japanese driving force behind international karate. His idea was to show the moon and sun in alignment, symbolic of harmony found in nature. Karate should also seek to find harmony with what is natural.

My contribution was to look for harmony in the elements of the logo. The word “karate” was dropped because this logo will always be seen in a karate context. “Karate” becomes superfluous. Then the strokes of the letter work and the ring around the sun were standardised, creating a subliminal sense of unity. The Japanese kanji was updated to a modern sans serif font and Tittilium Web was used for the Western counterpart. The two typefaces share a square nature that helps them function as a team. 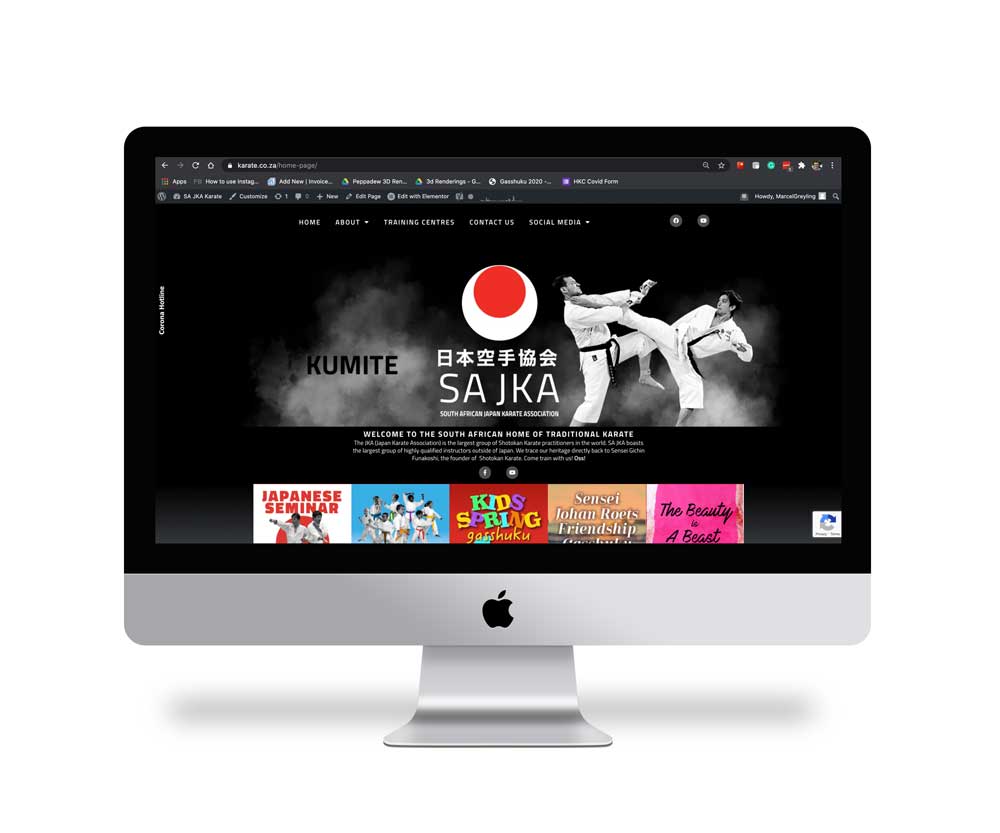 The SA JKA website was developed to serve a contingent of 160 dojos (training centres) across South Africa. It serves to inform of events taking place and has a sister website where payment for events can be made.